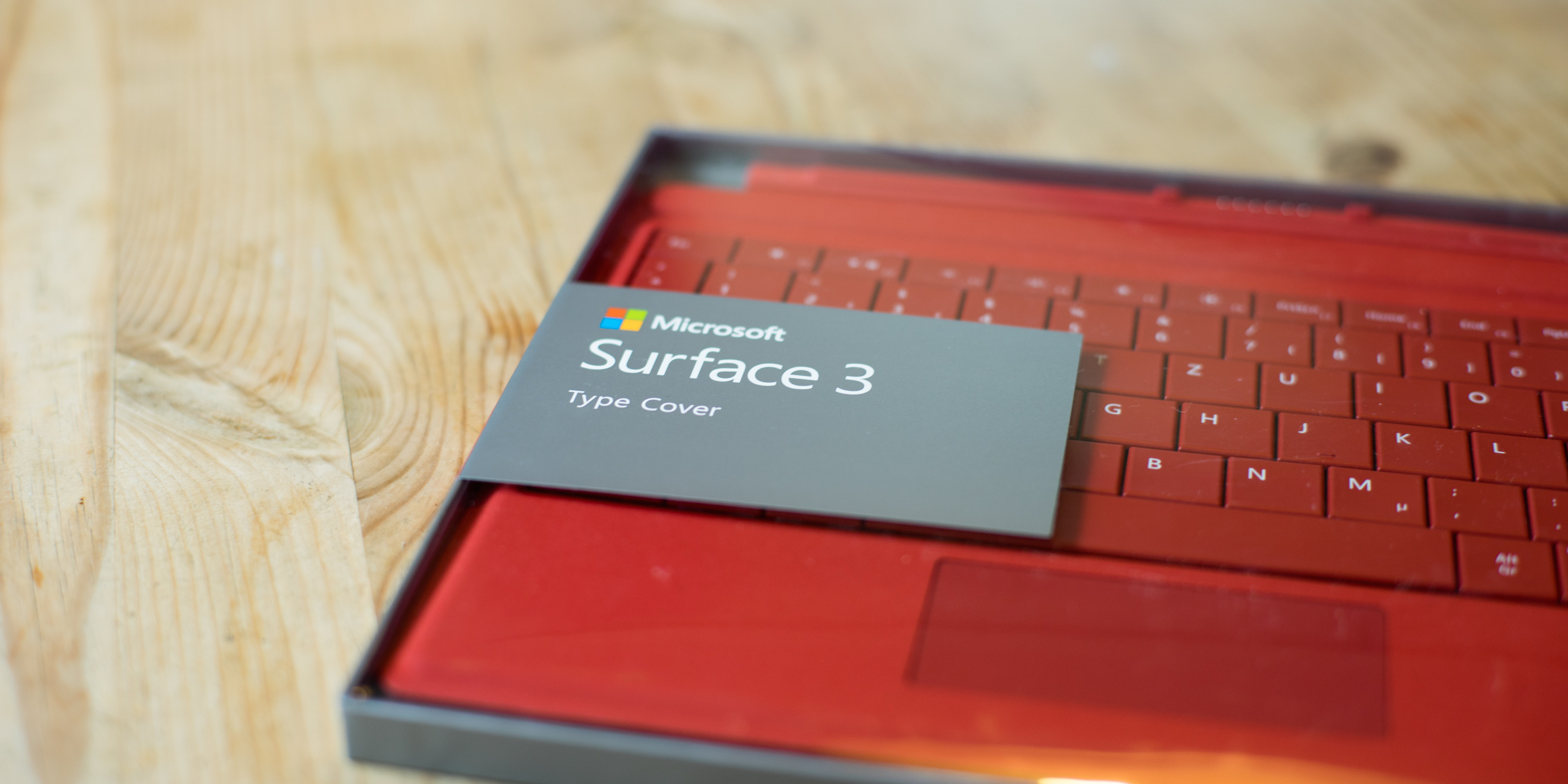 As some of you might already know some weeks ago I won the Surface 3 and already wrote that I loved it. Since then the Surface 3 has more and more replaced my MacBook Pro and in this post I’ll tell you the reasons why.

To give you a short insight in my daily routine, I have summarised the main tasks I currently need a computer for:

My 13″ MacBook Pro is almost 4 years (early 2011) and actually in good condition but to get there I had to upgrade the RAM (16 GB), replace the battery (it was in a bad condition) and put a SSD inside (instead of the optical drive – additional to the normal HDD). It also gets really hot and the fan makes funny noises (I ordered a new one but didn’t have time to replace it yet…). It weighs 2 kg.

The Surface 3 I have has 4 GB RAM, 64 GB disk space, a 10″ screen, weighs about 600 gram and, since it is a convertible (tablet and notebook in one), it has a touch screen. One important note here: I have the type cover, but I bought a different keyboard as well, the Logitech K380, which is a really good portable keyboard.

Previously (only a year ago) it would have been unthinkable for me to replace my MacBook Pro with a Windows device or let’s put it differently: I would not have replaced Mac OS X with Windows. I have used and liked many Mac OS X features and programs and there were a few things that really bothered me and decreased my productivity in Windows:

The first two improved a lot with Windows 10 but I am still waiting for a miracle about the tabs.

Of course there are other things that are nicer in Windows, e.g. to maximize windows to the left/right side (I don’t know what that feature is called) on Mac OS X you need a tool like HyperDock for a couple of euros but on Windows it is already included … This is also a very useful feature that should be on every operating system.

Sublime Text, RStudio and Evernote are all available for both operating systems. Evernote is also available in the Microsoft Store, but it crashes all the time so I stick with the Desktop app.

To remotely connect to my Windows PC in the office I used Microsoft Remote Desktop for Mac OS X and Remote Desktop Connection (already comes with Windows) and both do their job.

I am still looking for a good PDF tool on Windows, which can also be used to annotate PDFs (highlight important things). I have tried several but none makes me as happy as Apple’s Preview, which is in my opinion the best PDF reader/editor (Adobe cannot even export PDFs as images, but Preview can).

The web browser provided by Microsoft (Explorer/Edge) and Apple (Safari) don’t make me very happy. Although Edge is very useful in connection with the Surface Pen it still has some bugs, e.g. when I connect a mouse to Surface, I cannot use it to close tabs, it just works with the touch screen (restarting Edge resolves this, but it is annoying). Currently I use a mixture of Google Chrome and Firefox.

A cloud service is very important for me, and I have tried OwnCloud (self-hosted), Dropbox, Google Drive and OneDrive. OwnCloud would have been perfect regarding space (as big as your server at home is) and that for free, but in our shared folder we always had problems with syncing, so we stopped using it. I used DropBox for quite some time, but after 2 years my 30 extra GB were gone and now I only have about 5, which is definitely not enough. Google Drive is ok but I never used it too much (I even have two accounts, one with my normal gmail address and one with my “company” address haunschmid.name). OneDrive is most useful in combination with OneNote (shared notebooks) and now even more since I have an Office365 subscription and it integrates really, really with that (on both operating systems). I still have Google Drive and Dropbox as well (to share with people who only have that) but mostly use OneDrive. At the beginning OneDrive could not deal with shared folders in the Mac desktop client, but that is implemented now as well. Biggest advantage of a cloud service (for me): Since the new Photos application on the Mac, importing pictures from the iPhone is a real pain (before that it was ok but also not very user friendly), so now I have one reason less to turn on my Mac, I simply enabled direct photo upload to OneDrive and don’t have to bother with that stupid program ever again…

So, all in all, from an application point of view no operating system has any advantage over the other.

As you see from the specs above, there are five things that are very different (of course there are more but those are the ones most relevant to me):

– The disk size of the Surface (64 GB) is definitely a minus, but the only one.

o Applications. The ones I use are both available for Windows 10 and Mac OS X.
o Screen size. I guess it is a matter of test, but for me it does not matter that it is smaller than the MBP.
o So far the memory is not a big problem, but I will see in the future if it is enough for me.

+ The light weight is my most favorite advantage over a normal notebook.
+ Touchscreen.
+ In general I have the impression that Windows 10 has many, many improvements over the previous versions, especially when you have a convertible. Unfortunately I don’t really see that trend with Mac OS X and I am not sure if my next computer will run Mac OS.

Tell me, what do you like about the Surface?